Why Is English Considered An International Language? 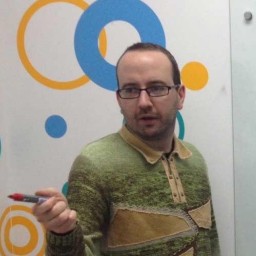 Why Is English Considered An International Language?

The British spent hundreds of years colonising parts of the world and this is a major reason for why English is considered an international language.

This imperialism caused English to spread around the world. Countries such as Australia, the USA, Ireland, the Caribbean along with South Africa and others, were colonised by the British who imposed their native language onto around half a billion people.

English is considered an international language because of the British Empire

In fact at one point their empire covered approximately one quarter of the earth’s land mass. There was an expression at this time that said the British Empire was “the empire on which the sun never sets”. 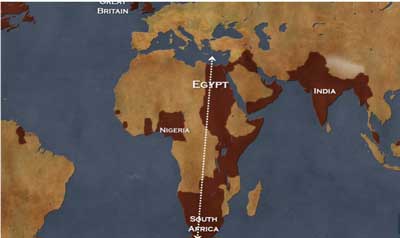 It covered all parts of the world so it was always daylight on some part of it.

Before this French, Greek, and Latin were all used as universal languages throughout history.

However, an important reason why English is still so widely used today is the fact that arguably still the world’s only superpower, the United States of America, speaks it. If you wanted to do business with the USA then it made sense to learn English.

For at least 100 years, the United States’ political, economic and cultural influence on the world stage has ensured that English is considered the number 1 international language.

This momentum of people learning it ensured that its growth increased and continues to increase today.

What makes a language such as English an international language? 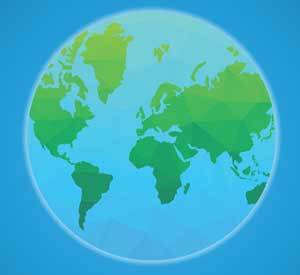 The 6 criteria used to decide this are:

1. Used in international trade and finance.

2. Used in academic activities around the world.

3. Used in diplomatic relations in many countries.

4. Used as a language of knowledge creation, processing and transfer.

5. Used in the entertainment industry all over the world.

6. Most common language for international communication.

The United Nations recognises Arabic, Chinese(Mandarin), English, French, Russian and Spanish as languages for its official activities. The UN decided on these languages because of the crucial role they played around the world performing some or all of the 6 tasks listed above.

The British newspaper the Daily Telegraph estimates the number of English speakers worldwide today at 1.5 billion, which is approximately 1 in 5 people on the planet. The total number of native speakers is about 360 million.

A total of 45 countries say that more than half of their population speaks English and it is the official language of over 60.

Interestingly it is not the official of the USA, the reason being the USA does not have an official language, but English is spoken by approximately 80% of their population natively.

If you are interested in more curious facts about the English language then you can read our blog post here.

It’s also an official language of major international organisations such as the European Union and the United Nations.

To compare English with Portuguese, Portuguese is only the official language in 9 countries and is spoken by 250 million people natively, and 24 million as a second language.

Although the Portuguese did colonise parts of the world, with of course Brazil being the most famous, they didn’t do it to the same level as the English, French or Spanish.

English as an international language in Entertainment

Hollywood still produces the world’s most popular movies. The movie industry of India, commonly known as Bollywood, is larger, however its audience is mainly confined to India and people of Indian heritage. Therefore it does not have the same international appeal as the Hollywood system.

It is the same for music. Singers and bands who sing in English have a better chance of being recognised internationally.

This doesn’t mean that you have to be a native speaker, in fact there are many European musicians, singers and bands that choose to sing exclusively in English instead of their own native language. 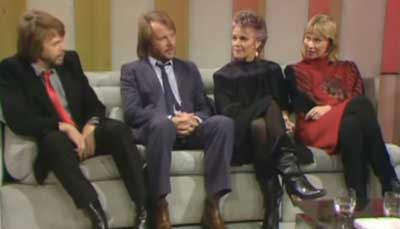 The Eurovision winners Abba from Sweden probably the best known and most successful band, other Swedish bands who sang in English include Roxette and Ace of Base.

This does not happen as much with musicians singing in other languages, although there are exceptions.

English is the international language of technology and games

Many but not all major technological advances in the last century were made or were popularised in English speaking countries, perhaps the most important are the computer and the Internet.

Advances in the personal computer were primarily made in Silicon Valley located outside San Francisco in the USA, and the World Wide Web was created by Tim Berners-Lee in the UK. 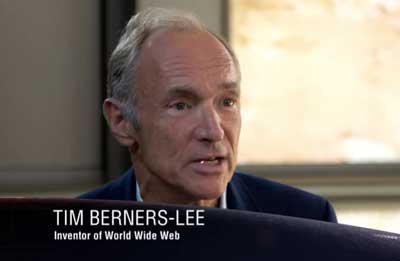 Therefore the initial stages of development of these technologies were in English, so it was natural that this development continued in English.

Foreign companies that wanted to get involved in this industry needed to conduct their business and research in English so it meant that if you didn’t use English you struggled to get recognition for your work or to get people interested in your products.

English is the international language of online gaming

Over the last 20 years online gaming has meant that players from all over the world play video games with and against each other, often using headsets with a microphone to listen and to speak with other players.

Therefore much like aviation and engineering, English has become the standard language of online gaming. Most computer games are generally made in English and this is brilliant motivation to get young people to learn English.

It is not coming from their parents, or schools, it isn’t that it will benefit them when they are older, or something they ‘should do’, instead they want to join their peers to participate in these games now.

Therefore if you are a teenager and you can’t speak and understand English then you miss out on a huge amount of fun. This is probably the best motivation you can find, you don’t need to force young people to study.

English is the international language of the academy

The world’s top rated universities usually come from English speaking countries, in particular the USA and the UK. The research is “carried out”, that is done, every year by Times Higher Education.

There are 13 criteria used to decide on the rating and these include teaching, research, knowledge transfer and international outlook.

For example, they will look at the number of research papers produced by the staff of the institution and the number of citations the research has. A citation is how many times other people refer to this research.

ETH Zurich in 13th position is the first institution located in a non-native English speaking country, although Switzerland is in 19th place in the EF proficiency list.

China’s Tsinghua University in 23rd and Peking University in 24th are the highest ranking institutions from a country where English is not as widely spoken or understood.

If you are in academia or research then it is better to write it in English as you have more chance of it being read, recognised, referred to, published and publicised.

Again this is a ‘hangover’ from the days of the UK and the USA being the most powerful countries in the world who had money to invest in education.

Why Is English Considered An International Language? Because it is easy to learn!

Another important point to remember is that English is quite an easy language to learn for a lot of people.

The affirmative in present and future is straightforward, for example:

You will do, etc

Only he, she, it in present is irregular, as in:

The past only has 1 word to remember for irregular verbs:

Compare this to "fazer" in Portuguese!

Negatives and questions require a little bit more study with:

And some pronunciation of words do not follow a pattern at all and must be memorised, and memorising is never good for learning a language.

In  our video course on sale on Udemy for €29.99/69.99R$ "Eliminate the Mistakes that Portuguese Speakers Make in English". we show you common mistakes that Portuguese speakers make. There are also key strategies to apply in most situations instead of memorising long lists of rules, this is a far more effective method of learning a language.

There are 4 hours of video and you can read more about it and watch free videos here.

Like many languages English also uses the roman alphabet which has 24 characters.

It doesn’t have the huge number of unique characters in a language such as Mandarin which is spoken natively by 910 million people, however interestingly the BBC reported that 400 million Chinese people can’t speak Mandarin!

Before leaving, you can discover here the difference between a professor and a teacher and read here about countries that speak English as a second language.

You can also read in here how to put your English level on you CV/Resume and discover in here about the origin of the English language.

Do you agree that English is an internacional language? Leave you thoughts in a comment below!